COVID Commotion: Interview with our Speakers

The Free Agency Era of Healthcare

To many of us in the healthcare industry, there is a not-so-hidden season that falls between the actual changing of seasons from February to June – conference season!

For some, conference season represents the opportunity to attend one, maybe two conferences and the ability to network with peers while extracting as much useful information as possible. 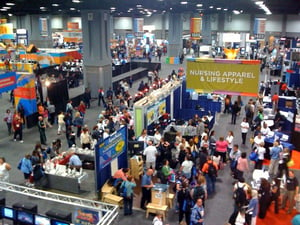 For others, it parallels a musician’s concert tour filled with different cities and different faces across the span of several weeks and months.  No two stops are ever the same as some crowds are more energetic than others, but the experiences that are created along the way can have long lasting impacts.

The Clinician Exchange team has attended nine conferences between March and June, and outside of the frequent flyer miles we’ve collected, we’ve amassed some incredible memories, built some terrific relationships, and met some of the most fascinating people (you know who you are…).

These conferences have spanned not only geographic boundaries, but also the boundaries of healthcare.  We’ve shared meals with many nurses and doctors, medtech and hospital executives.  The names on the business cards are all different – some from big organizations and others who are just starting out. But, the underlying theme that we’ve taken from the first leg of “Conference Tour 2018” is the sheer amount of collaboration that exists in the industry today – it seems to be at the highest level in history!

There is always some level of competition that exists amongst rivals, but even that seems to have dissipated from levels that were present just 10 years ago.  Perhaps it’s a byproduct of industry consolidation, making the industry smaller with every merger.  People who were once rivals now find themselves in the trenches right next to each other wearing matching uniforms.

It’s still important to fight hard for your colors, but whereas in years past when competition may have been truly cutthroat, we’re witnessing much more upstanding competitive behaviors.  There just seems to be a higher level of good sportsmanship, which very well could be because you never know what uniform you’ll be wearing tomorrow.

Professional sports enthusiasts may liken this to the same phenomenon that has occurred in all of the major sports leagues.  Purists will point to the dawn of free agency as the time when the fiercest rivalries of old started to dissipate as players became more concerned with the names on the back of the jerseys than on the front.  The realization being that tomorrow’s big contract could come from the team they’re competing against today.

Jerry Seinfeld tells a joke that suggests that we, as fans, are all just rooting for laundry… the players care less about the uniforms they’re wearing, but the fans are still rooting for those jerseys. 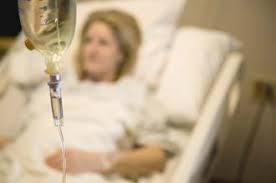 However, healthcare is a little bit different as everyone in the industry is supposed to be rooting for the same team and player – the patient!  Healthcare isn’t a necessarily a zero-sum game; there doesn’t have to be a winner and a loser, if it is the patient who wins every time.   And by coming together, maybe the patient is starting to win more.

Maybe, this was always supposed to be in an industry where competitive spirit and improved outcomes are inversely related.  Maybe, fierce rivalries actually thwart grand improvements.  While a little competition is usually necessary to drive out complacency, maybe collaboration amongst rivals will ultimately yield the greatest success for the whole.

By nature, I am a competitor through and through.  I like to think that I’ve always practiced good sportsmanship but I’m sure that some of my past rivals would say otherwise.  However, being in the position I am in now with TCX, where I’m able to see the playing field objectively, without the subjective lens of competition, I am proud of this new collaborative spirit in our industry.  Consolidation hasn’t slowed innovation… if anything, it’s enhanced innovation as many people are now seeking opportunities to go out on their own and bring new ideas to life.

Entrepreneurs are sprouting up from all corners and we at TCX, are all too happy to be part of that entrepreneurial growth engine.  Whether it is helping the most knowledgeable of clinicians seek new ways to advance best practices through their expertise or by providing previously unattainable clinical resources to startup companies, we’re proud to promote the growth of the healthcare entrepreneur wherever possible.

For most entrepreneurs, it’s about finding ways to make the pie bigger, rather than just fighting over the same slices.  If we’re all focused on increasing the size of the pie together, then maybe healthcare’s brightest days are in front of us.  It’s been nearly 50 years since Curt Flood first introduced the concept of free-agency into the sports world and the effects have been profound.  We’re still in the dawn of our Free-Agency introduction period in healthcare and the results have been positive thus far… can’t wait to see how it turns out 50 years from now!

MILLENIALS: CHANGING THE LANDSCAPE OF HEALTHCARE

The Rise Of Concierge Medical Practices